Solar Cycle 25 is stepping up!

Okay, technically it has already been here since December 2019. But in that year, there hasn't been a whole lot of sunspot activity... there were 206 days of a SPOTLESS Sun - until now.

Two weeks ago, I captured an image of AR2781 (see photo at top of article). That was a rather large and varied sunspot group, that just left the Earth-facing side of the Sun a few days ago. 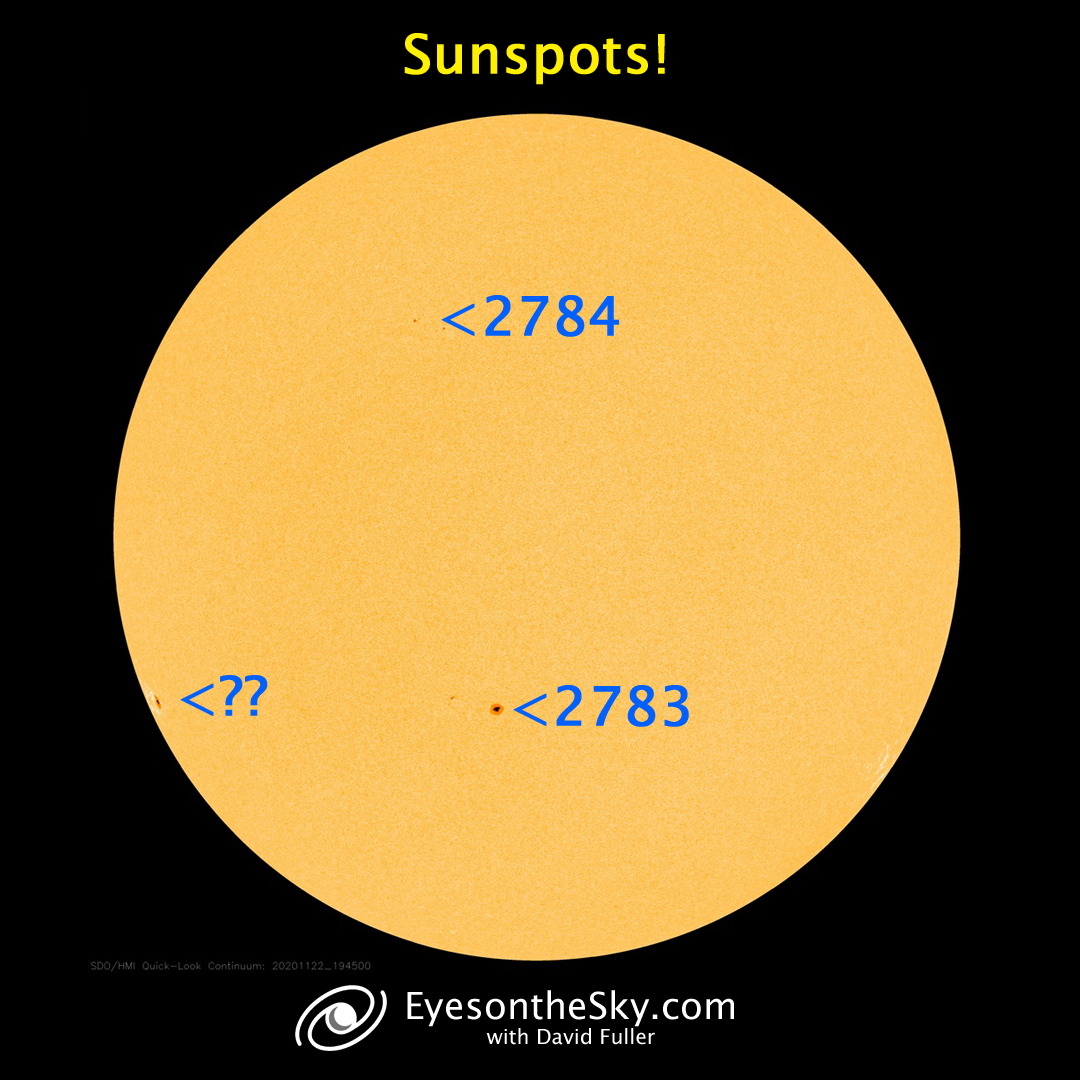 Unfortunately I have cloudy skies at the moment, so that's an image from the Solar Dynamics Observatory, with my text added to detail which sunspot is which. AR2783 is quite a large spot, and centrally located presently. It will be heading towards the limb (to the right in this image) over the next week.

There is another, smaller group higher up, though these are very small spots.

Now look at the limb to the left, that is rotating into view and will be here for the next couple of weeks. While not named yet, I suspect this will be AR2785, and it appears there may be some additional interesting spots here.

A look at the STEREO image gives a bit of a look "around the edge" of the Sun, as one of these cameras is far enough away from Earth that we can see a slightly different view than what we see on the ground (or satellites orbiting Earth).

Note the -90 degrees marker to the left. That large bright area is the (likely AR2785) set of spots we can see on the limb right now. But look whats over at around 150 degrees.

I will caution you to not get TOO excited about that - I have seen this movie before, and I have been disappointed more than I have been rewarded.  BUT - this could portend some other spots forming, given the location of the spots we see presently and the lighter areas in this image.

So... got your white light solar filters ready? Here in the USA, many of us will be staying at home for the Thanksgiving holiday, so a telescope outside during the day just may be a - ahem - bright idea. :-)

I'll leave you with a photo of AR2781 as it was first rounding the limb of the Sun early in November. 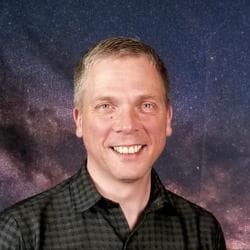 David Fuller is a long time amateur astronomer and builder of telescopes and observing items. His Eyes on the Sky YouTube channel has been helping people find "What's up?" in the night sky as well as understand how to use telescope and binoculars since 2010. He advocates for darker nights to not only see more in the cosmos, but for everyone to get better sleep and improve the nighttime environment overall.